Hidden Area
In this curatorial project, we are also focusing on the larger international exchange to understand the possibilities of critical perspective about democratic space in community art. We already accepted all kind of creative dialogue in any terms of forms/possibilities.For more information regarding participating artists at the exchange program(Shillong'19) do follow the international exchange. 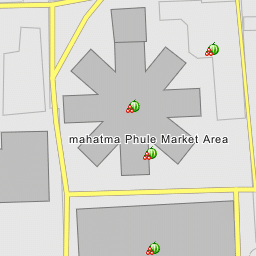 Pune | a flux of plural history
An Anglo-Indian architecturally styled building, a sign board denoting the presence of Mahatma Phule Mandai looking new as ever. Mahatma Phule Mandai in the Shaniwar Peth area of Pune, India doesn’t speak of its age though it has been standing on that spot since the 1880s. But more than the beauty in the antiquity of its crooked pathways and the old fashioned feel of its atmosphere, the Mandai glows with the beauty of the priceless relationships between the vendors. Strike up a conversation with the vendors and you realize they are of no comparison to the exquisiteness of endless journeys the Mandai vendors have navigated through together.

The Mahatma Phule Mandai in Pune Photo Courtesy: Anushka JainOver the past 130 years of its setting up, the Mahatma Phule Mandai has seen the vendors come, pack up only on their death and then have had their next generations take up their very places in the Mandai. Naeem – a 58 year old lemon seller at the Mahatma Phule Mandai tells me of how he had come here for the first time at the age of 15. I wonder at how he could still find the Mandai so alluring even after 40 years of working. “How could we ever leave this place? It has given me so much.” he says.“Today I have a car, a home, family, respect, all because of the Mandai. As long as I am alive, I will keep coming back to it.”
Time and the lack of its required municipal care, wither the outer structure of the Mandai. However inside, the vendors continue to adorn their beloved Pune City heritage with lanterns, garlands and, at some places strings with colorful cloth pieces.
Upon introspecting one could realize how symbolic the motion’s been. That for these committed persistent workers the unique, 130 year old, vegetable and fruit selling market was still very, very far from its demise.

Chapter 2 | Leh
Leh and Ladakh is one of the most unique and isolated geographies in the world. We are planning to explore hidden area second edition at Stok, stok is a small village (3500 mtrs) in the Indus valley (site of the Harappan civilisation dating 2500–1700 BC), located 15 kms away from the old town of Leh. The landmarks in the village include the Kurphuk monastery (14th century) with a large statue of Buddha overlooking the Karakoram ranges, the Stok king's palace, as well as the starting point to the popular trek
​of Stok Kangri (6100 mtrs). 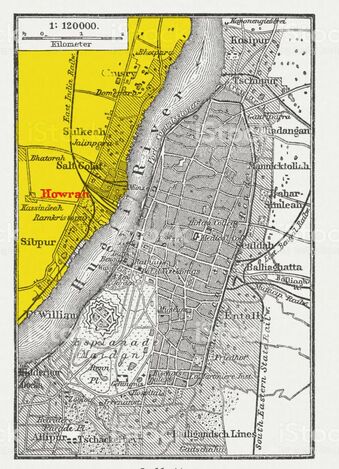 Howrah | a state of suburban hidden commune
Area of Interest
Baksara:
Baksara is a suburb of Howrah district, located under 1 km from AJC Bose Botanical Garden and Hooghly river. The most important Batore dock of Saraswati river during early British rule situated 200 meters from the entrance of Baksara. The only living tradition of two Nabanari kunjar temples still carries the historical connection of Chaitanya’s epic voyage of Bhakti Movement. The name Baksara derives from a mass educational movement took place in 16th century. Presently Santragachi junction railway station is also vital centre for road transportation of Howrah and Kolkata both of the cities.
Belur:
The head quarter of Ramkrishna Mission popularly known as Belur Math internationally known for socially effective spiritual knowledge, situated in Belur situated beside Hooghly river carries a visual narrative of colonial architecture of Howrah District.
Uluberia:
An obvious agricultural zone of supplying greens to the township becomes ritually popular once in a year for its Ras Purnima during November presently carries another important as a site of Silpagram of Artist’s village built in the memory of Purnendu Pattere, an illustrator, writer & artist, a mile stone of Bengal.
Read More
​
Shillong 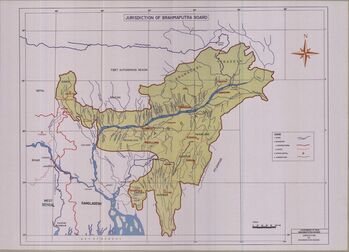 shilong | a valley of hidden narratives
The history of Shillong says that it was a small village which became the new civil working space of the Khasi and Jaintia hills in 1864. It was made a infirmary for the British in 1829, during the First Anglo-Burmese War. 1829 is when the  Khasis revolted under their great leader U Tirot Sing. Subsequently, this place was made the British headquarters which was then named ‘Yeddo’. The name ‘Shillong’ was adopted later due to its location below the Shillong Peak. In 1874, it became the capital of composite Assam under British rule. In 1972, after the formation of Meghalaya as an independent state, Shillong became its capital.(for more read : http://smb.gov.in/history.html)
How to Reach Shillong by Road: There are innumerable buses plying between Guwahati and Shillong within every half an hour and these services are provided by the Assam State Transport Corporation (ASTC) and Meghalaya Transport Corporation (MTC).| How to Reach Shillong by Air:The nearest airport is Umroi Airport, which is situated only 40 kms away from Shillong. But flights to Shillong are available only for few days in a week. Other airport which offers connectivity to Shillong is Gopinath Bordoloi Airport situated in Guwahati.| How to Reach Shillong by Rail: Guwahati railway station is the only nearest one to provide you well connectivity to Shillong with the rest of the country. So, for reaching to Shillong through train, you have to reach Guwahati and from there, you can hire any other mode for further journey of 120 kms.
Further Reading : link 1
More Details
In Collaboration With

The artist group Meteor  based in Seved/Sofielund,Malmö make art projects mainly in the public space, at unexpected places. The group was formed in 2003 to make it possible to make larger projects that needed many participants and that could reach out to an unpredicted audience. The group consists of artist members of different ages and thereby bridges the gap between older and younger artists which is one of the main ideas behind the making of the group. Meteor has a network of artist members from India, Iran, Egypt, US, Estonia, Germany, Denmark besides its Swedish members. We want to make art that reaches also  to a public that are not used to go to art galleries or art museums
In Associated With

TAC, also known as tracing a city, is an intimate collective effort to explore the various cities using individual performative instincts. This is not a project for new performance production, rather we consider it as an open initiative for practising the essential elements in terms of performance methodology. TAC is an independent experimental space, it is not about an individuality and it is free from geological and geopolitical boundaries. Though tracing is an experiential practice, yet TAC is very inclusive and collective as well. TAC invites all serious practitioners to come and be a part of this initiative and help us to grow together. TAC will primarily concentrate in three areas - space, time and body. There are no copyright issues inside the collective.